Learning how to camp without a tent can save you a significant amount of carrying weight and extra packing, that is, if you’re up to the challenge of really roughing it. The idea of sleeping next to a fire under nothing but the stars is often romanticized, and it isn’t quite as basic as just bringing along a wool blanket. But it can be done if you take the right steps to ensure you get a restful, comfortable night’s sleep.

Pick the Time and Place Carefully

There’s a reason that camping without a tent is usually associated with the Western half of the United States. Its climate is dry, and the nights stay reasonably warm in the months between late spring and early fall. If rain or cold weather is in the forecast for your next camping trip, your best bet is to bring a tent along – even if you don’t intend to use it unless absolutely necessary. Certain areas of the contiguous U.S., like the Northeast and South, have enough temperature variance and precipitation to necessitate some kind of shelter on most every camping trip If light packing is your goal then bring a tarp at the very least. It will protect you from possible precipitation and a restless night.

Tent or no Tent, Take Basic Shelter Into Consideration 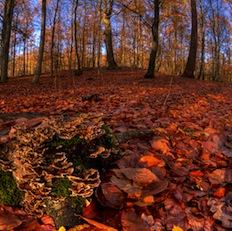 Though purists may beg to differ, having some light form of shelter still counts as “roughing it” in most campers’ books. Even in the summer you’ll probably want to bring a sleeping bag and a sleeping pad to insulate you from the cold ground. After all, campers who go without tents regularly know that keeping your bottom side covered is just as important as your top side. A secondary option to consider is what is known as a bivy sack. It acts as a cocoon of sorts in that it fits snugly around your entire body. Bivy sacks are lightweight, weatherproof, and can be found at outdoor retailers for prices much lower than a typical single tent. Considering its advantages, there’s little reason not to bring one along with your sleeping pad and bag.

Whatever the Weather, Prepare to Battle Bugs

Nothing leads to a sleepless night in the wild faster than hundreds of bugs biting you every chance they get. Camping without a tent necessitates one of two things: a mosquito net or some powerful bug spray. If you think the net will be too uncomfortable to sleep under, then apply bug spray right before you crawl in your sleeping bag. Keep it close by in case of surprise attacks throughout the night.

For those who like a little adventure, camping without a tent is an enticing idea. And, with the proper preparation, you can sleep just as well under the stars as you would under a mesh roof. All that’s needed is smart selection, a few extra sleeping materials, and a little persistence in staying one step ahead of what nature may bring.