In the outdoors, poisonous plants are just a fact of life. North America’s wooded landscape is riddled with a variety of plant species that irritate the skin and even cause severe allergic reactions. Even experienced outdoorsmen unknowingly come in contact with them from time to time because they blend in so well with their surroundings. But with a little knowledge about them and a careful eye, you can greatly reduce the chance of coming into contact with one of these four common poisonous plants and suffering the unpleasant consequences.

Perhaps the most well-known of North America’s indigenous poisonous plants, poison ivy has garnered a nasty reputation over the decades. It grows inconspicuously among the underbrush in the woods of the United States, and often goes completely unnoticed. There are three main ways in which ivy grows: as vines a little under a foot tall, as a shrub up to four feet tall, or as a single vine climbing up a tree trunk or similar plant. Its tell-tale characteristic is that each node typically grows three smooth, non-serrated leaves. It has no thorns (adding to its unassuming looks) but if examined closely does have small reddish hairs growing on the stem. Coming into contact with poison ivy will cause very severe itching, redness, skin inflammation, and even blisters. Treatment is available with over the counter medicines, or certain home remedies such as treating the site with oatmeal or baking soda.

In the western sections of the United States, mostly along the wooded coast of the Pacific Ocean, poison-oak is the plant to watch out for. It typically grows either in shrubs or as vines creeping up other plant structure. Its leaf shape – as you might guess by this poisonous plant’s namesake – is very similar in shape to that of an oak tree. Perhaps its most distinguishing characteristic, though, is that it tends to sprout leaf clusters of three – much like poison ivy. Similarly, the active toxin in poison-oak is Urushiol, exactly the same as poison ivy. Symptoms of contact and treatment are therefore the same. 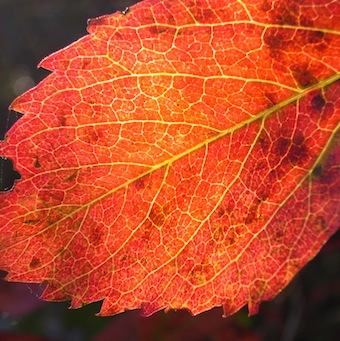 This poisonous plant makes its home in the East Coast and Southeastern portions of the United States. Unlike poison ivy and oak, the sumac grows as either a tall shrub or a tree up to twenty feet high. It generally grows in the densely saturated soil of bogs and swamps, and can be identified by its eye shaped leaves and tiny gray berries. Poison sumac contains that same toxic culprit you’ve already heard: Urushiol. What makes it unique, though, is that the concentration is much higher – think of it as poison ivy or oak on steroids. Those who come in contact with it experience a lengthy bout of even more severe itching and swelling.

Though it’s not always entirely possible, try your best to avoid these poisonous plants whenever possible. For practice in identification, go out to the closest patch of woods and see if you can pinpoint any of these three. And, as a rule of thumb, don’t go near anything with three leaves or gray berries. With careful attention, you should be able to avoid a painful and annoying experience with any of these three common poisonous plants.

One Reply to “3 Poisonous Plants to Watch Out For”