If you’ve ever built a campfire using found wood instead of the prepackaged stuff, they you likely know that not all wood is created equal. Different species of trees, depending on their individual cellular structure, carry out the chemical reaction that we know as “burning” in different ways. Certain woods have associated characteristics when they burn – like smoke production, heat, burning rate, and “popping”. These characteristics, of course, determine the best situations in which to use specific woods for a given fire. Use this quick, simple guide to determine the best wood types for the fires you most often build. 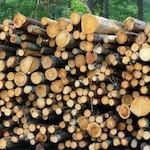 The most important rule to remember in gathering firewood, no matter what type of tree it comes from, is to make sure it’s dead and dry – known in the camping community as “seasoned”. Waterlogged wood simply will not burn. Wood that’s still alive, meanwhile, will be considerably harder to light and will create a fire with much less heat than seasoned wood. When measuring the thermal quality of a given fire, the most common unit used is called the BTU (or British Thermal Unit). BTU’s convert what we feel as heat into measurable units, which will prove useful for the analysis below. 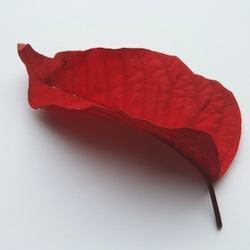 For the purposes of a regular camper, the easiest way to identify hardwoods is by leaf type. As a group, hardwoods typically have broad leaves – the kind you’d expect to see falling off during Autumn. The group contains many species of trees, including oak, maple, and ash among many others. In general, hardwoods are considered superior for maintaining a fire. Per square inch, they contain much more BTU potential than other types of wood – which means they burn hotter and more steadily. Additionally, they tend to give off less smoke than other wood types, which is useful unless you’re trying to smoke food items. The only real drawback of hardwoods, however, is that they tend to light relatively slowly. 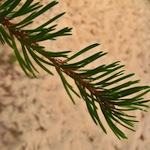 Softwoods can be identified by their “leaf” shape as well – they’re typically needles. Pine trees, firs, spruces, and most other general evergreens fall into this category. Typically, this type of wood has less potential BTU energy than hardwood. It also tends to smoke more than hardwood, which might be useful for the aforementioned purpose of meat smoking. The one true advantage that softwood has, though, is that it lights very quickly due to its lighter density. For this reason, softwoods make excellent kindling for any fire, even ones with hardwood logs.

The next time you go on a hunt for firewood, keep the highlights of this information in mind. That is, the best general purpose campfires have softwood kindling, hardwood logs, and are made entirely from dry, dead wood. If you’re able to find wood with all these qualities, it’s pretty well guaranteed that your campfire will be hot, steady, and manageable.

3 Replies to “Types of Firewood – Softwood Vs. Hardwood”