Cooking fresh caught fish or a hearty stew over an open fire is one of those iconic, idealized images about the outdoors. It’s envisioned right along with other traditional, cowboy movie-esque things like sleeping under the stars and riding on horseback. But when it comes to actually cooking food efficiently and effectively, open fire cooking usually just isn’t the way to go. Cooking by coals is actually a much better, more easily controlled way to heat your food on a camping trip. Use these basic tips to learn how to build a fire that cooks faster and with less effort than an open flame.

Start with a regular old fire 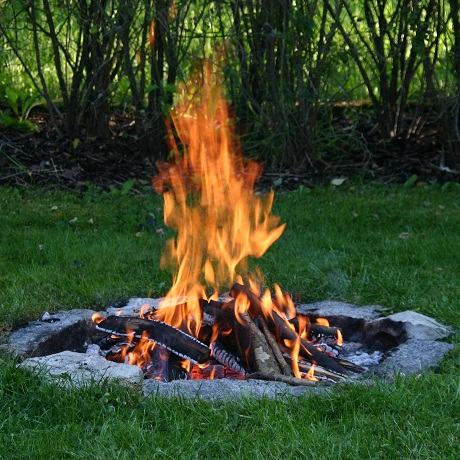 Any outdoor adventurer worth his or her salt knows the basics of fire building. Start with thin, quick burning tinder, stack some wood in a way that allows for plenty of oxygen, and light it up. Remember, this fire won’t actually be used for cooking. Once it’s lit, its job is to supply you with the fuel for a good cooking fire: hot coals. A good coal-supplying fire should consist of small sticks as opposed to large logs. They take considerably less time to break down into usable coals.

Dig a separate pit while you wait

Though it doesn’t take a lot of effort to make a coal-based fire for cooking, it is certainly a time consuming process. Use the time you spend waiting for hot coals to form making a separate pit where the coals can go. Start by digging a small, shallow hole. Then, surround the hole with medium to large sized rocks, which will serve to contain your cooking fire. If you have loads of time on your hands, another option is to simply let the fire burn down until only coals are left. With this method, you’ll be able to use the original fire pit.

When the coals are ready, it’s time to get cooking

Whether you’re moving coals from the fire pit to a separate coal pit or just rearranging them, a long metal grilling utensil is required. The coals are much hotter than any other part of the fire, and will immediately ignite any stick or branch you try to arrange them with. When the coals are placed so that there’s an even and concentrated layer, put a small grate over them. With that, you’re ready to start making the meal.

For great tasting food in the outdoors, nothing beats a good cooking fire. While it won’t do much to keep you warm on chilly nights – it will definitely make cooking high quality camping grub a lot easier. Once you get that cooking fire burning, all that’s left is to put on the food, gather your camping buddies, and get to munching!

One Reply to “Outdoor Tips: Building a Cooking Fire”