As a destination for exotic fishing opportunities, North America is a bit of an afterthought for many. After all, most areas for fishing on this continent don’t have the sense of wonder and unfamiliarity that other areas of the world do. Nonetheless, there are plenty of rare and exotic fish species that outdoor lovers and experienced anglers can target right here in the Western Hemisphere. Below are a few of the coolest species to target, and where to find them.
Lake Sturgeon 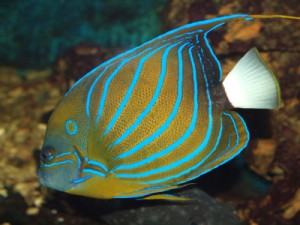 The lake sturgeon, a fish species dating back literally millions of years, was once commonly found in the Great Lakes. Due to overharvesting for its caviar, oil, and confectionary qualities, it has since become a true rarity. It is a very large bottom feeder, growing in some cases to over 300 pounds. Its life span is equally impressive, living over100 years in some cases. Due to the species’ protected status in most areas, there are only a few spots left for sturgeon fishing – most of which have strict limits. Minnesota’s Lake of the Woods, for example, allows anglers a limit of five sturgeon per year.
Alligator Gar
Colloquially known as the “Gator Gar” in areas where it is found, the alligator gar is a sight to behold. In its long, snout-like jaw, rows of sharp teen lay ready to snatch up unsuspecting prey. Its immense, too, with adults typically growing to over 200 pounds. Anglers use many methods to catch them, including snagging, netting, and even bow fishing. These freshwater monsters are found across much of the Southern United States, most prominently in states like Texas, Oklahoma, Mississippi, and Louisiana.
Peacock Bass
Though they’re better known for inhabiting the Amazon River, peacock bass have also been introduced in the United States. Known for their immense size and vibrant, distinct colorations, these bass are infamous fighters. In fact, they’re legendary among anglers for their ability to mangle even the sturdiest fishing tackle. In the contiguous U.S., the only state where you can expect to find them is Florida, where they’ve been stocked in freshwater bodies near Miami.
Muskellunge
Though they’re not “exotic” in the traditional sense of the word, muskellunge are rare enough to earn their place on this list. Known by those who go after it as the “fish of 10,000 casts”, muskie are found in the frigid fresh waters of the Northern U.S. and Canada. The species grows up to thirty pounds, and is well-respected among anglers for its hard-striking and vicious fighting qualities – if you somehow manage to actually hook one, that is.