Telling good campfires stories is a delicate art form. It’s no easy task to keep people’s attention for an extended period of time – especially after a full day of tiring outdoor activities. You can, however, use a few storytelling tricks to make your own campfire tales vivid and outstanding. They’re pretty easy to remember, and can add a certain “pop” to your stories that might otherwise be lacking.

Giving it Structure and Originality 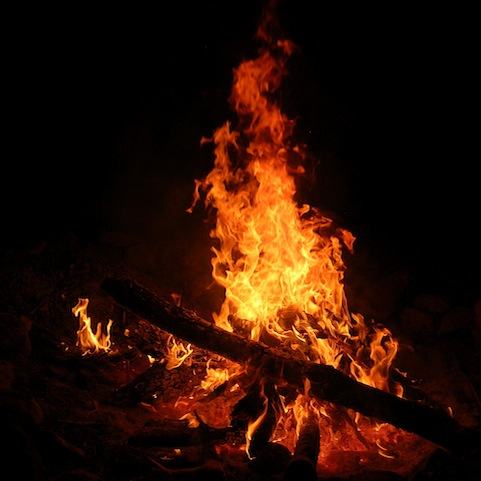 The most ubiquitous tales are ubiquitous because they’re easy to understand, generally to the point, and really stimulate the listener’s thought process. Your stories can have these qualities too, as long as you stick to these guidelines. First, keep your story structured and brief to avoid a convoluted plotline. Try to stay away from over-explanation or going off on any tangents, as they’ll only serve to make your listeners impatient. The most memorable stories have a definite beginning, middle, and end. Second, make an effort to tell a story with some originality. Sitting through a tale you’ve heard over and over is often tedious (unless it’s part of a tradition, like the retelling “The Night Before Christmas” on Christmas Eve).

The easiest way to add a new twist to old favorites is to aggregate plot points from your personal favorites. If for instance, you’re telling a story about a lonely winter’s hike in the wilderness, you can throw in the Jack Frost character and create a dilemma similar to “A Night in Sleepy Hollow”. With a little thought, it’s actually pretty easy to piece together an interesting (semi) original story.

Though the over-explanation rule always applies in attention-grabbing storytelling, the one exception is to describe the setting according to the senses. Telling what the main character sees, feels, and hears, adds to the listening experience, because it makes it easier for the listener to put themselves in the character’s shoes. Instead of saying, “The man walked through the long, lonely trail”, for instance, say “The moonlight gave the long, lonely trail an eerie glow as the man crunched his way through dead leaves”.

The final essential factor in great campfire storytelling is your speech and dictation. The two biggest things to watch out for in this area are the speed at which you tell the story, and the way in which you tell it. If you generally use “uh” and “um” a lot in everyday speech, make a concerted effort to cut out as many of them as possible during your story. They serve only to distract your listeners. Similarly, try to avoid telling the story too fast or too slow. Go at a steady pace, using pauses for effect where climaxes or points of suspense occur.

With these intangible tools at your disposal, there’s nothing stopping you from telling the best campfire tale your fellow campers have ever heard. Just remember the acronym SOS — simple, original, and sensory.